SUPPORTING RURAL FAMILIES WHO RELY ON THE ROYAL 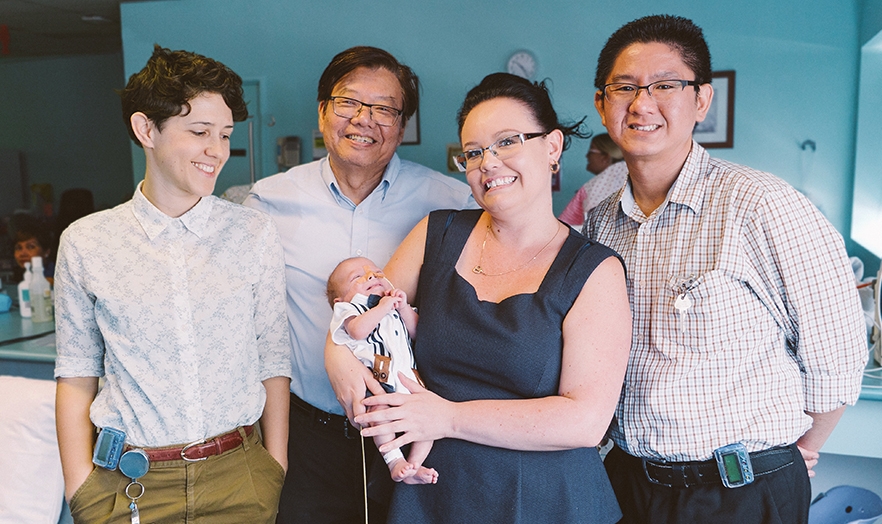 Having a premature baby in the Newborn Intensive Care Unit (NICU) of The Royal Hospital for Women in Randwick, and watching over their tiny offspring as they fight for their lives is a highly stressful time for every parent. For those from rural and regional NSW, being away from the comforts of home and the support of family and friends adds another layer of stress during one of the most vulnerable times in their lives.

Gabrielle Kennedy is a classic example. Earlier this year, Gabrielle brought her baby Connor home to the small town of Milton on the NSW South Coast after a 126 day vigil in the NICU. Baby Connor weighed just 605 grams when he was born three months prematurely at 27 weeks on 18 September 2017 at The Royal. “He was about the size of my hand,” the mortgage broker said.

In the NICU, a team of specialist doctors and nurses hovered over Connor to keep him alive. A state-of-the-art ventilator helped him to breathe, and he was fed intravenously. Gabrielle and Connor’s father, Steven, felt as though they were living on a knife’s edge. It was such a stressful time that Gabrielle hardly noticed her external surroundings at first.What astonished her, she said, was that even though Connor was still so young, he instinctively knew who she was. “He clutched onto my finger the first time I put my hand into the humidicrib. He just wouldn’t let go. He’s a little fighter. He was amazing.”

Three weeks later, she was finally able to hold her baby boy. “It was hard to describe how beautiful that feeling was. It was probably one of the best moments of my life,” she said.
Fifty years ago, premature babies born as early as Connor had very little chance of surviving. But today, thanks to advanced technology, superior clinical practice, and support from people like you, the odds are much better.

The Royal’s NICU continues to care for more than 1,000 premature and critically ill babies every year, 600 of these from beyond Sydney.

Babies from regional and rural areas need to stay longer in the NICU as they require the specialist technology available at The Royal; something that is not always available at district and regional hospitals.

Your tax deductible gift today will not only help babies like Connor - it will help support mothers like Gabrielle who need access to subsidised accommodation close to the hospital.