Homebirths at The Royal 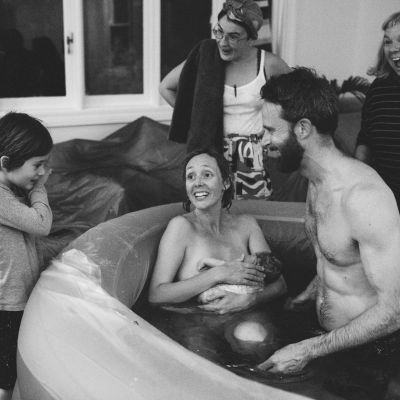 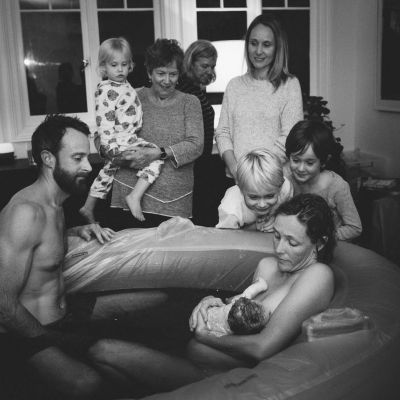 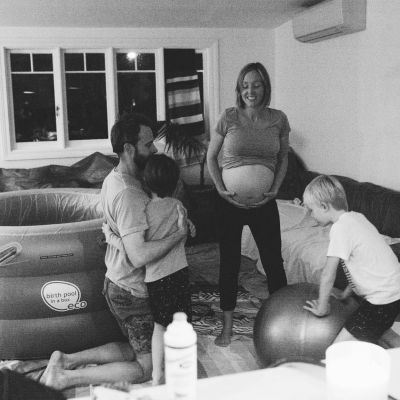 By the time Sara Hofman was pregnant with her fourth child, there was only one place in the world that she wanted to be when she gave birth: in the comfort and privacy of her own home with her family.

Although the Bondi lawyer’s first and third children were born in hospital - under the care of a private midwife - her second child was born at home. It was such a deeply satisfying experience that she was keen to repeat it.

Sara loved being able to labour in her familiar home environment with care provided by her mid-wife and family without the clinical experience of being in hospital. She wanted the privacy that would allow the natural hormones that can be part of labour – endorphins and oxytocin – a chance to kick in and do their job.

Most importantly, for each of her three births, Sara had hired her own private midwife, someone she’d established a bond with. She didn’t want to give birth in an environment that felt uncertain, with a midwife she’d only met briefly.

The 40 year-old had done her research carefully. She was fit, low risk and within a short transfer to hospital if required, and she wasn’t taking any chances. She was respectful of the rawness and intensity of labour and access to additional medical help if required, as a safety net. But she had confidence in her body’s ability to give birth. She wanted the freedom, respect, privacy, familiarity, time and space when she gave birth – within the boundaries of safety.

At the time of her first homebirth, she wanted her then two-year old son Jacob to feel a part of the experience rather than see his mother whisked away during labour to return with a new family member.

“When it was time for him to go to bed with his grandmother, he said, ‘Good luck with the baby Mummy,” and kissed me good night,” she recalls. “Twenty minutes later baby Dominic arrived. The next morning Jacob came running in excitedly asking ‘did the baby arrive?’ He hopped up onto our bed and I’ll never forget the look of amazement on his face when he saw his new brother lying there.”

Sadly, in Australia, her chances of having a natural birth were slim, with nearly one in three babies born by caesarean section, and the rate still growing.

“I knew that in my circumstances I had at an at least equal chance of having a healthy, safe birth at home as I did in hospital,” Sara says, jiggling 14-month old Edith on her knee at a Randwick cafe.

When she found out she was pregnant with Edith, Sara was just in time to be part of The Royal Hospital for Women’s new publicly funded home-birthing service.

The service, which has now supervised more than 50 successful homebirths, offers women like Sara with low-risk pregnancies the choice of giving birth in their homes. Sara was supported by two midwives including the highly experienced home-birth mentor Sheryl Sidery.

Women who want a homebirth and who don’t go through a hospital-supported program need to pay about $5000 for a private midwife. The Royal’s homebirth service is free.

“I couldn’t believe my luck,” Sara said. “I felt like I had the best of both worlds, being at home but part of a hospital-supported program that is integrated with all the other available care should it be needed. I could be at home with my family around me where I felt so safe and happy with the peace of mind that I was part of the “system”.

“Edith’s birth was a momentous experience that we all shared. Over the days leading up to Edith’s arrival the children decorated the house with ornaments and made a sign to hang in the lounge room next to the birth pool saying “New baby coming – yay!”. I spent much of the early labour walking up and down the back stairs with my six year old son Dominic holding my hand”.

Sara was able to sink into a warm birth pool she and her husband Ben had set up in the living room, revelling in the weightlessness and pain relief. Like each of her previous homebirth, it was an empowering experience. When Edith was born, and she held her in her arms, she and Ben were crying with relief and joy and the emotions were shared with the whole family.

Of great comfort to Sara was the fact that she knew that if she had to be transferred to the Royal because of complications - or simply because she changed her mind - she would be welcomed with open arms.

“I remember with my first home birth there was some anxiety about how I would be received at the hospital if things went wrong, but on this program, everyone knew me, and what I was doing. I would be a known patient if I did turn up at their doors. I wouldn’t be seen as an outsider. It was the best of both world.”

Sara loved the fact that her three children see birth as a normal and positive life experience, not a medical procedure.