TACKLING THE DARKEST OF CLOUDS

Nicola Chandler and her 14-month-old-toddler Ross are playing peek-a-boo with a book in a sunny nook of her Randwick apartment. She swings the toddler up onto her hip and he starts giggling.

It may seem hard to believe, but at one stage, about a year ago, the world went very dark for this first-time mother. “The only thing I looked forward to was going back to bed at night,” she recalls.

Caught in the grip of severe post-natal depression, Nicola spent months teetered on the edge of what she calls “The Abyss.”

The UK-born business manager was usually a positive, outgoing person with a sunny, can-do attitude. When she first arrived in Sydney 12 years ago, she joined a group of ocean swimmers at North Bondi and quickly began making friends and meeting people – including her now-husband Leon.

But the depressive episode after Ross was born meant intense anxiety spiraled into panic attacks, and feeling of dread hung over her constantly, like a black cloud. The high-functioning achiever was left unable to plan basic things like cooking a meal. 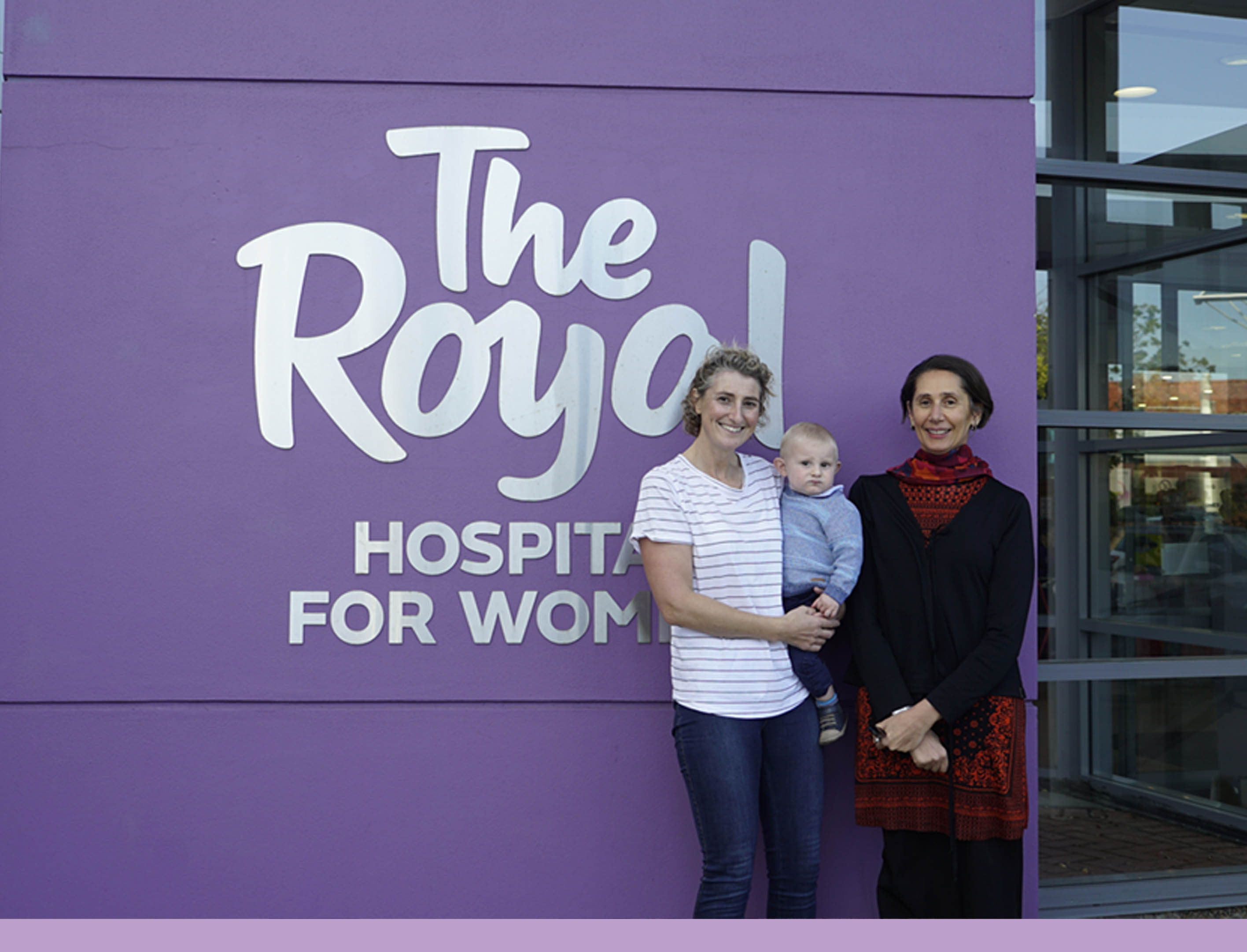 “I was tearful, and couldn’t think straight. My thoughts were going around and around in circles,” she says. “The whole episode simply blind-sided me.”

Her lifeline during that bleak time, she says, was the perinatal mental health team at The Royal Hospital for Women. Professor Marie Paule Austin, a world expert in the field, diagnosed anti-depressants and referred her to a counsellor once a week. Together with the outreach team who visited once a week at home, the unit helped her find her way out of her depression.

The outreach team in particular helped her through what would be the worst weekend in her life. “Leon and his parents took Ross away for the weekend, and I decided to stay at home and try and catch up on some sleep. In retrospect, it was the worst thing I could do,” she says.

Instead, she says, she ended up pacing the floors, beside herself with anxiety. “I called the outreach team and said I was in a pretty bad way. They could tell by my voice how bad I was. They quickly recommended I ring a friend and ask her to stay with me until Ross and Leon came home the next day." It worked.

“I wasn’t suicidal, but I’m not sure what I would have done if they hadn’t been a phone call away,” she says.

One thing Nicola believes was a big part of the success of the treatment was their constant reassurance that she would eventually recover.

“Professor Austin and the team kept reassuring me that the way I was feeling was totally normal for someone who was depressed, and that I would eventually, with their help, come out of it. It always boosted my spirits so much to hear that.”

And eventually, after a few months, the fog did lift. She soon went from strength to strength, taking up swimming again, albeit in an indoor pool with Ross in the crèche. She also recently started working two days a week, something she finds fulfilling, alongside motherhood.

“Looking back, it feels like a bad dream,” she says. “It’s made me so grateful now for all the things that are going well in my life now. It’s also given me a lot of empathy for anyone going through the same thing. All I can say is if you ask for help, it’s there.”