“If only I’d had this done in my 20s rather than my early 30s, I would have experienced a lot less pain in my life. And a lot more days where I could have been out and about, enjoying my life, rather than stuck home in bed.”

These are the sentiments of Erica Trinder, a finance manager who endured years of debilitating pain caused by endometriosis before having life-changing surgery at The Royal Hospital for Women in Randwick.

Before her operation, Erica would regularly be forced to spend two or three days every month in bed, struck down with agonising pelvic pain caused when small pieces of tissue that normally line the uterus grows instead on the ovaries, intestines and fallopian tubes.

The disorder, which affects ten per cent of Australian women, means the tissue thickens and bleeds, even though it is outside the uterus, and causes years of intense pain as well as an excessively heavy menstrual cycles. In some cases it causes infertility.

From the time she was in her teens, endometriosis wreaked havoc in almost every aspect of Erica’s life. 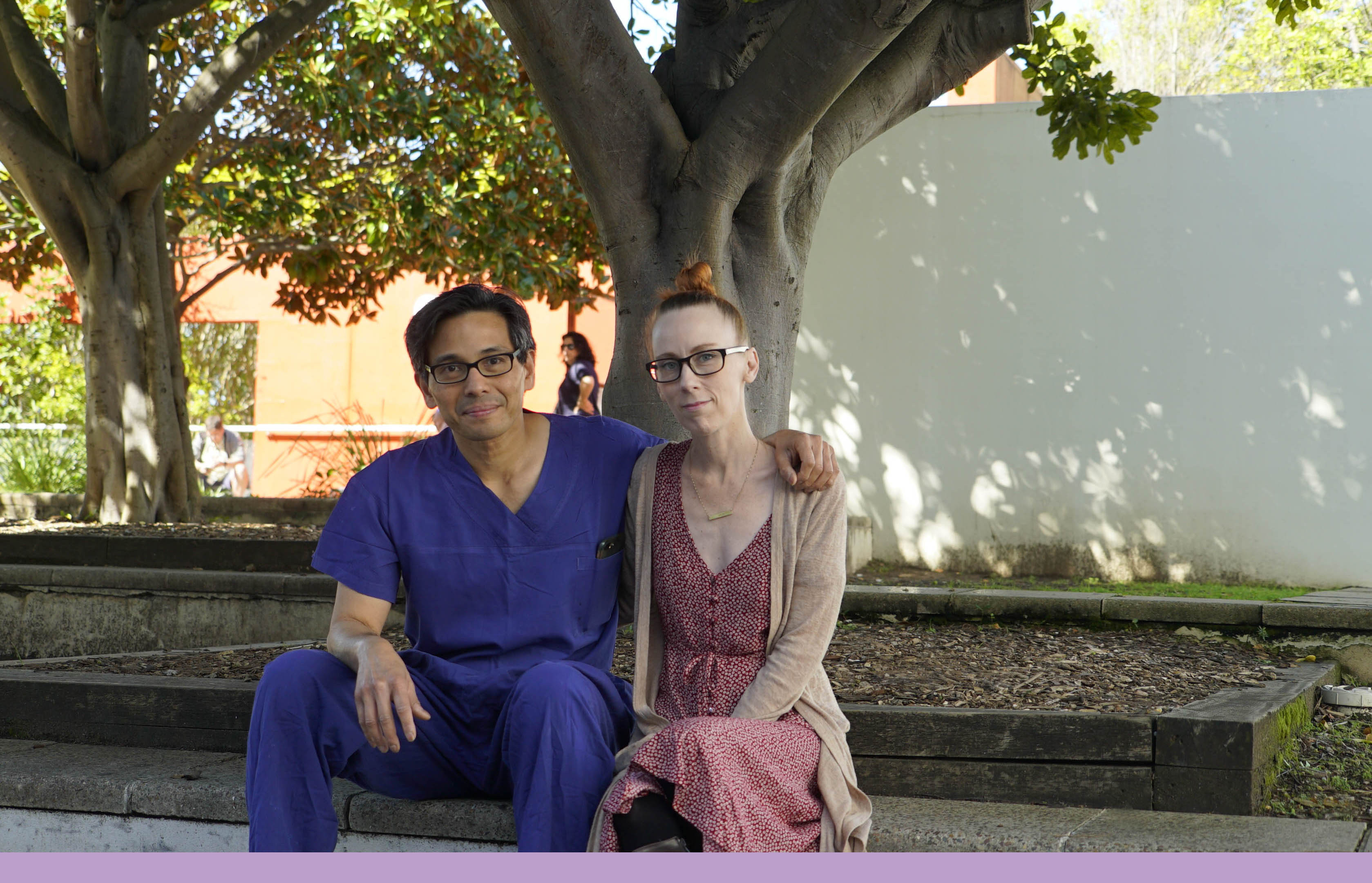 She often had to cancel plans to see her friends, and had to call in sick at work because she was doubled-over in agony.

“I’d often have to say I had gastroenteritis, or the flu, because there are only so many times you can call in sick with period pain,” she says. “Some people start rolling their eyes if you tell them the truth. It’s a very misunderstood disease.”

Erica had tried valiantly to find a cure; although the contraceptive pill helps some women with the disorder, it didn’t assuage the symptoms at all for Erica. A hysterectomy is also a remedy some women contemplate, but that was too radical an idea for the young woman in the prime of her life.

The pain only worsened over the years. “It’s this terrible dragging pain that runs from your abdomen down to your thighs. It feels like thousands of nerve strings being pulled at the same time.”

All that changed when Erica was referred to Dr Surya Krishnan, a gynaecologist at The Royal, who removed much of the troublesome tissue using a delicate surgical technique called a laparoscopy, whereby a small light and camera are used to help remove the tissue via a small incision.

“All I can say about coming to The Royal for treatment was that it was the best thing,” she says. “It’s wonderful being able to work more easily, go out a lot more and plan holidays, knowing I’m not going to be struck down by pain. I wish I’d found out about this place a lot earlier.”

“The staff were amazing. And this was fully under Medicare as I didn’t have private cover. I honestly don’t know how it could have been any better if I’d had private cover. I pretty much slept through the entire hospital stay due to the pain relief. But whenever I needed anything, there was always a nurse nearby. “

The Royal Hospital for Women is an international leader in endometriosis, led by the highly regarded Professor Jason Abbott. In July last year, Australia’s first national action plan on the condition was launched by the Health Minister Greg Hunt at The Royal. The government committed more than $4 million to the plan and asked Professor Abbott to lead a major clinical trial. Your support will enable us to help keep this important service going and available to women who need it the most.

Are you interested in being kept up to date with the latest innovative care practice for Endometriosis, which affects approximately 700,000 Australian women? Please complete the form below so we can ensure that you receive relevant communication, information and events.