All pregnancies have their challenges but some are more difficult than others. Take Jamie Walden’s for example.

Alongside the excitement of being a first time mother, the nurse at St George hospital in Sydney’s south was “apprehensive” when she found out she was pregnant with her first child, a baby boy called James.

Her reason for her nervousness was that she had Type 1 Diabetes. The disorder, inherited from her father, meant her body was not able to produce enough insulin, the hormone that prevents high blood sugar.

The 32-year-old was well informed of the risks. She knew that high blood sugar can damage blood vessels and nerves. It can harm the eyes, kidneys, and heart. She took all the right measures, checking her blood sugar levels, watching her diet, and exercing regularly.

She knew the stakes were even higher once she was pregnant and that diabetes can lead to greater risks of miscarriage, premature birth, and birth defects such as spina bifida and abnormal kidneys. There was also a much higher risk of her developing the severe complications of pre-eclampsia.

But her fears began to assuage when she walked through the sliding glass doors of The Royal Hospital for Women in Randwick with her husband Timothy. There, she was placed under the care of what she came to call her “dream team”: obstetric physician Professor Sandra Lowe, diabetic educator Justine Darling, and The Royal’s clinical co-director Dr Andrew Bisits.

During her fortnightly consultations, Professor Lowe and Justine scrupulously monitored Jamie’s blood sugar levels with a personal record book and a continuous glucose monitor. This enabled them to make the right adjustments to her insulin to meet the needs of her unborn child.

When she 37 weeks pregnant, she had a caesarean birth with Dr Bisits, who safely delivered her first child, James into her arms.

James was looked after for five days in the Newborn Intensive Care Unit due to fluid on his lungs at birth, a common complication for mothers with diabetes.

"It was the most incredible collaboration, from the start of the outpatient clinic to the NICU. Everyone took time to talk to me, and help me overcome all my fears,” says Jamie.

When Jamie fell pregnant with her second child Emily, the Waldens had moved to Wolli Creek in Sydney’s south. But there was only one place they considered for the birth: it had to be back at The Royal, again under the care of her dream team again.

In March, just before the international borders began slamming shut in a bid to tackle the coronavirus, Jamie felt confident enough about her health to re-locate for a few months to live with her extended family in North Carolina.

Jamie revelled in having her mother so close, and for three-year-old James and six month-old Emily to be able to collect fresh eggs on her parents’ farm. Her younger brother also had his first baby. The family time has been wonderful, she says, but soon they will return to Sydney for Timothy’s job.

Professor Lowe says The Royal sees more than 400 pregnant women with gestational diabetics every year, and more than 30 like Jamie with pre-existing Type 1 diabetes.

She says things have improved greatly over the last few years, but there is still a long way to go, especially when it comes to raising awareness amongst GPs about the risks of diabetes in pregnancy. “In the past, pregnancy for women with Type 1 diabetes was considered dangerous, but with good preparation and modern treatment, the outcomes are now excellent,” she says.

Patients, however, need “very specialised and time consuming, one on one care with a diabetes educator, dietician and doctor”. 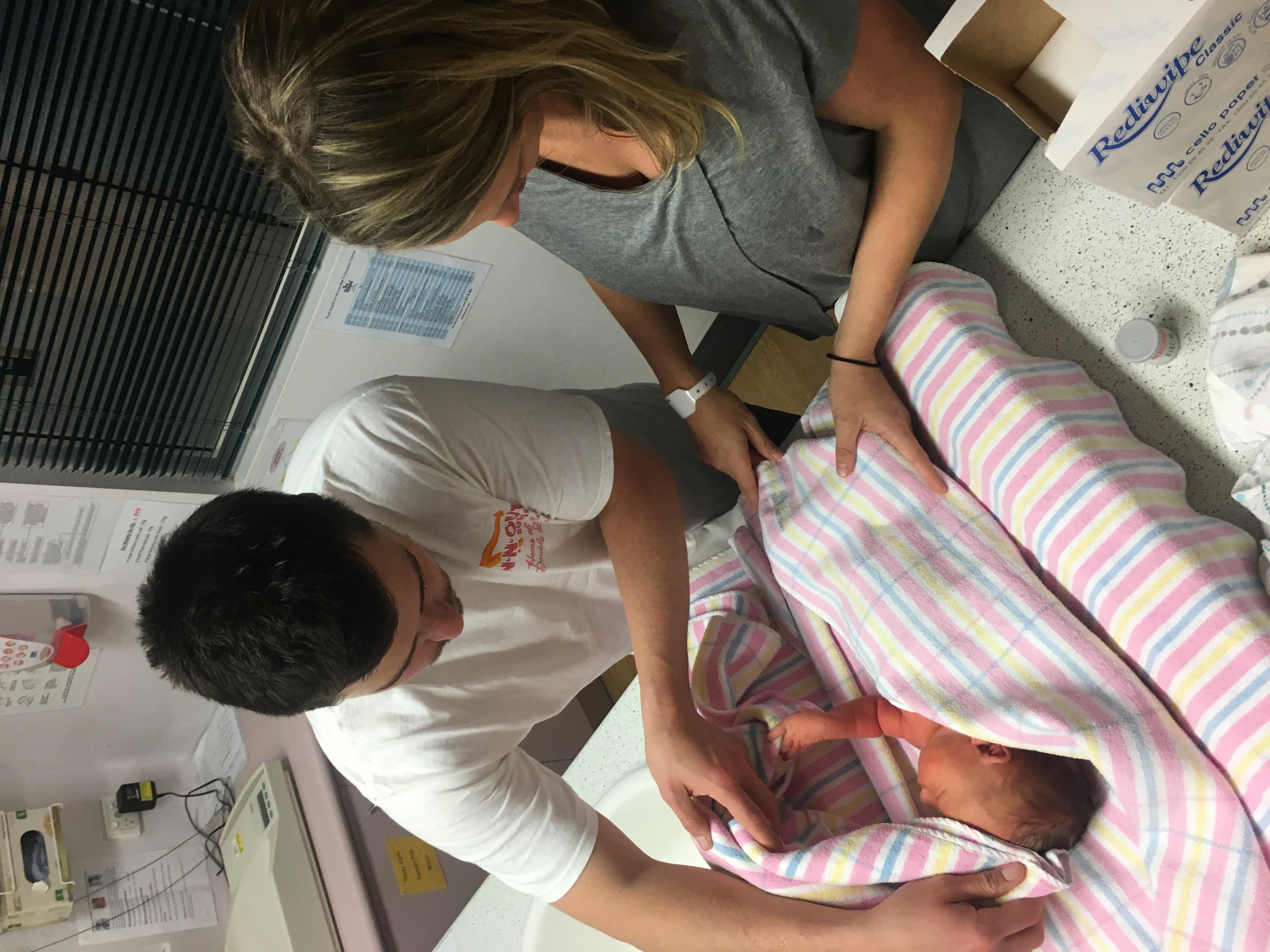 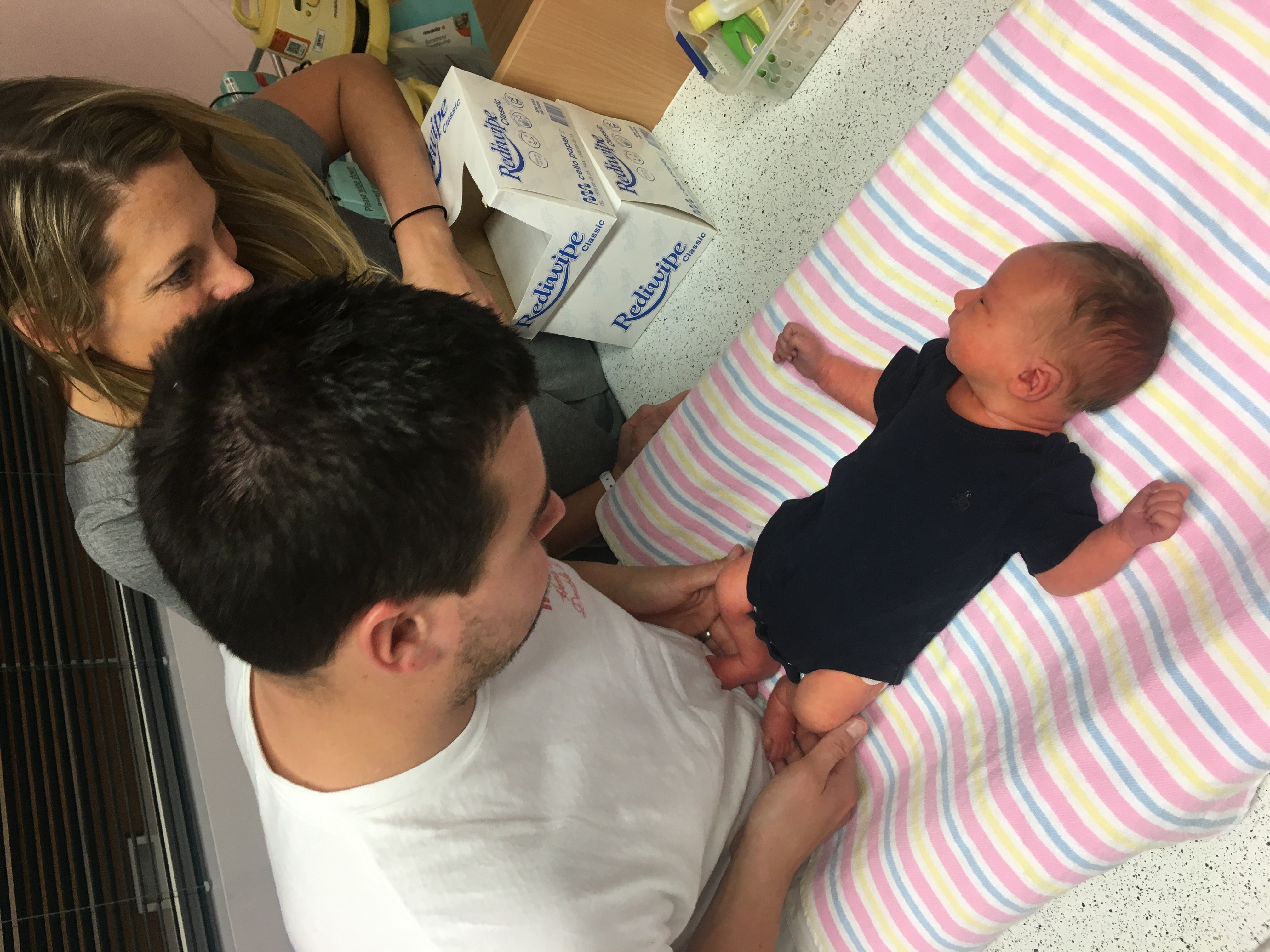 Make a donation to help women like Jamie through complex pregnancies at The Royal.

All donations over $2 are tax-deductible. Every donation no matter the size will make a difference to the lives of women, newborns and families at The Royal.