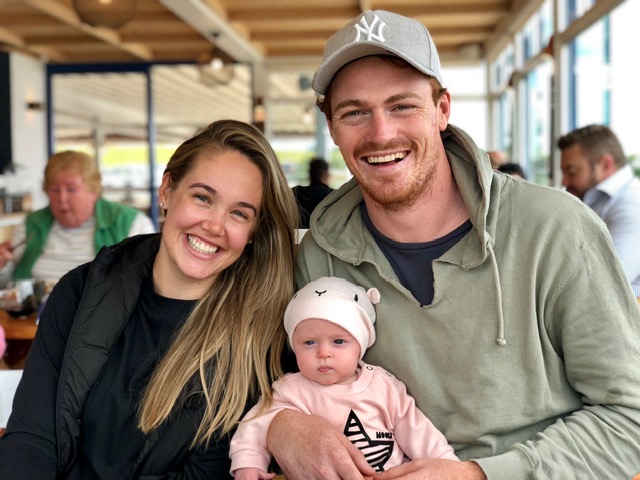 When former Sydney Swans star Gary Rohan and his wife Amie threw a birthday party for their one-year-old daughter Bella recently, surrounded by family and friends, they included all the usual trimmings: iced cupcakes, candles, and plenty of balloons.

But unlike many other first-time parents, the couple were nursing a secret sorrow.

Bella's identical twin, Willow, died a few hours after she was born at The Royal Hospital for Women in Randwick. Those hours, in April last year, are etched indelibly in their minds. Gary and Amie held their tiny daughter in their arms. They told her they would always love her, and kissed her goodbye. At one point, before she drew her last breath, Willow even reached out and held onto Amie’s little finger.

During their routine 12-week scan with their private obstetrician, the couple first discovered the devastating news that Willow had anencephaly, a fatal birth defect where part of her brain was unable to develop properly.

“There was an agonisingly long wait for the doctor to come in and talk to us after I’d had the ultrasound,” Amie recalls. “When he told us that Willow’s condition was not compatible with life, we were absolutely shattered.”

Amie and Gary were referred to the Maternal Fetal Medicine unit at The Royal, where they were looked after by Professor Alec Welsh. He supported their decision that it was best for them not to terminate Willow as it might have resulted in a miscarriage of Bella.

Their sole focus quickly became the well-being of Bella, and after a long period of surveillance, the girls were born by caesarean section five weeks premature.

Professor Welsh had only dealt with a few other cases like this before. During the pregnancy, Amie was drained of excess fluid around the twins, and counselled extensively by the Maternal Fetal Medicine’s Kate Dwyer; preparing for a birth in which they welcomed Bella into the world and said goodbye to Willow was truly bittersweet.

But as Professor Welsh puts it: “It’s incredibly important for parents to be able to spend time with their babies before they pass away – even if it’s for a few minutes. That time together has a very special poignancy.”

“Those hours after the birth of Bella and Willow were a time of both immense joy and pain for Amie and Gary, and they faced it very bravely, and very openly, together. They’re one of those couples you remember.”

“Willow’s life was so short, but we will love her forever, and remember her every day of our lives,” Amie said.

As Gary puts it: “Amie, Bella and I soaked up every second we had with Willow, making as many memories as we could in the few hours we had together. It was a day of such mixed emotions. We are very proud parents of two beautiful little girls whom we love very much. Our little angel Willow was so small, but she touched us all.”

Gary and Amie hovered over Bella while she was looked after around-the-clock by a team of expert doctors and midwives in The Royal’s Newborn Intensive Care Unit for almost three weeks. “It became our home away from home,” Amie recalls. “We’ll never forget how sensitively the staff were to our loss, and how magnificently they looked after Bella. It was the most vulnerable time in our lives and you never forget when people are kind to you at a time like that.”

The Royal’s Maternal Fetal Medicine unit continues to provide highly specialised care for women and families with complex pregnancies, from the initial diagnosis, through pregnancy, birth and the early newborn time. Women are often referred to the internationally renowned service from other hospitals and across NSW to guide them through a very difficult and stressful time in their lives. 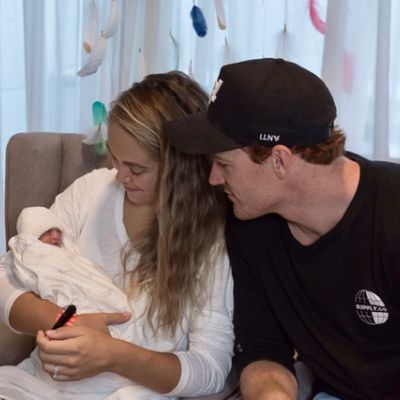 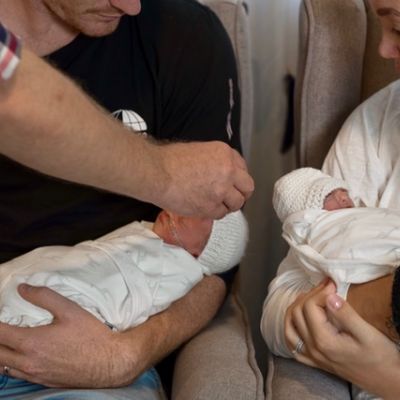 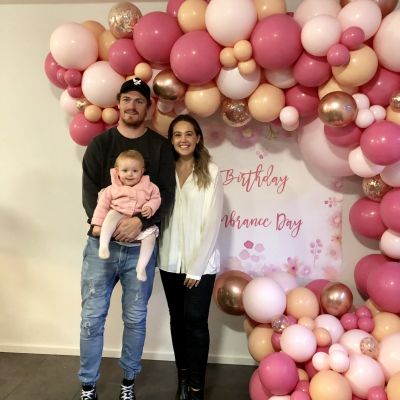