Imagining a better future for women, newborns and next generations

As part of our #heartforher campaign, we are sharing remarkable stories of dedication and the extraordinary ways lives are changed at The Royal. Your end of financial year donation will help our incredible doctors and medical teams provide the best possible care and treatment – and save lives like Noah’s.

Some babies are meant to be in the world, no matter how tenuous their grip on life, and how slight their chances of survival might be at the start. Noah Gendy is one of them.

Just one of the many obstacles this little boy had to overcome was simply staying alive inside his mother’s womb for 15 weeks when the membrane around him ruptured prematurely.

Noah’s mother, 34-year-old Sarah Gendy, works as a first responder at Sydney Airport. She was rushing to the aid of someone having a cardiac arrest when her waters broke.

Sarah was only 17 weeks pregnant, and things went downhill fast. She was leaking amniotic fluid. During a scan at a private obstetric clinic she and her husband Ramiz, a police officer, were given the devastating news that their baby only had two per cent chance of survival. “Many women with a baby in this situation decide to have a termination,” the clinician told her quietly.

“I’d buried a baby before,” Sarah said. “I knew what pain that would involve and didn’t want to experience that again. There was no way I was going to a cemetery to visit two of my babies.”

The risks ahead were made painfully clear to the couple. Ruptured membranes and leaking amniotic fluid generally lead to far greater complications for unborn babies: higher rates of infections, heart trouble and premature births.

But Sarah and Ramiz were resolute. They were keeping their boy.

Sarah stayed in bed, was put on a course of antibiotics, and waited. Their prospects began to brighten when her obstetrician arranged for her to be cared for at The Royal Hospital for Women in Randwick.

She was placed under the care of Dr Danny Challis, one of the State's leading specialist obstetricians at the hospital’s Maternal Fetal Medicine unit, which specialises in complicated pregnancies.

“We didn’t even realise this place existed, but it was incredibly comforting to us to be part of their care,” Sarah recalls. “Ramiz and I were just blown away that our case had already been discussed by a team before we’d even walked through the front doors. Everyone was just so reassuring, but also very honest about our situation.

“Ramiz and I now understood just why Australia has the reputation for providing one of the best health care systems in the world. Our care was brilliant and it was all free. The staff were vigilant, caring, and emotionally involved.”

Every week Sarah drove from her home in Sylvania, about 40 minutes south of Randwick, to see Dr Challis. She was still leaking amniotic fluid, but Noah was holding on tight, continuing to grow at a steady pace. They took it one day at a time. And there were some very dark days ahead, where his life hung in the balance.

At one point, when Noah was 24 weeks' gestation, his heart rate became erratic, and Sarah was admitted to The Royal for a week in the Acute Care ward. She was given a tour of the hospital’s Newborn Intensive Care Unit in preparation for what might lie ahead.

Despite having steroid injections, Noah’s lungs were not working when he was born because of his prematurity. This time Noah’s team took an extraordinary decision.

They decided to paralyse and sedate their tiny charge, to give his lungs time to open. He was in this induced coma for four days.

“The doctors were like Gods, slowly dropping his oxygen as he stabilised,” recalls Sarah.

“I’ll never forget the moment they started weaning him off sedation and Noah grabbed my finger. He knew who I was when I came in and sat beside him and put my hand inside his humidicrib. He opened his eyes and looked at me.”

Today Noah is six months old, a healthy 7.6 kilograms, and busily exploring his toes. He can lift his head, laugh, giggle and can almost roll himself over. During her checkups at The Royal, Sarah greets every staff member as friend as she pushes her “miracle baby” proudly through the foyer in his pram.

“The whole team of obstetrics and neonatology gave us the chance to be a family, something we were thinking would never happen to us.

“Srini and Tim played such a big part in our lives, our whole happiness. I don’t know if they realise the effect they have had on our lives,” she says.

“They gave us such a sense of comfort and hope. And they saved our baby’s life. Ramiz and I aren’t quite sure yet how we can ever repay them.” 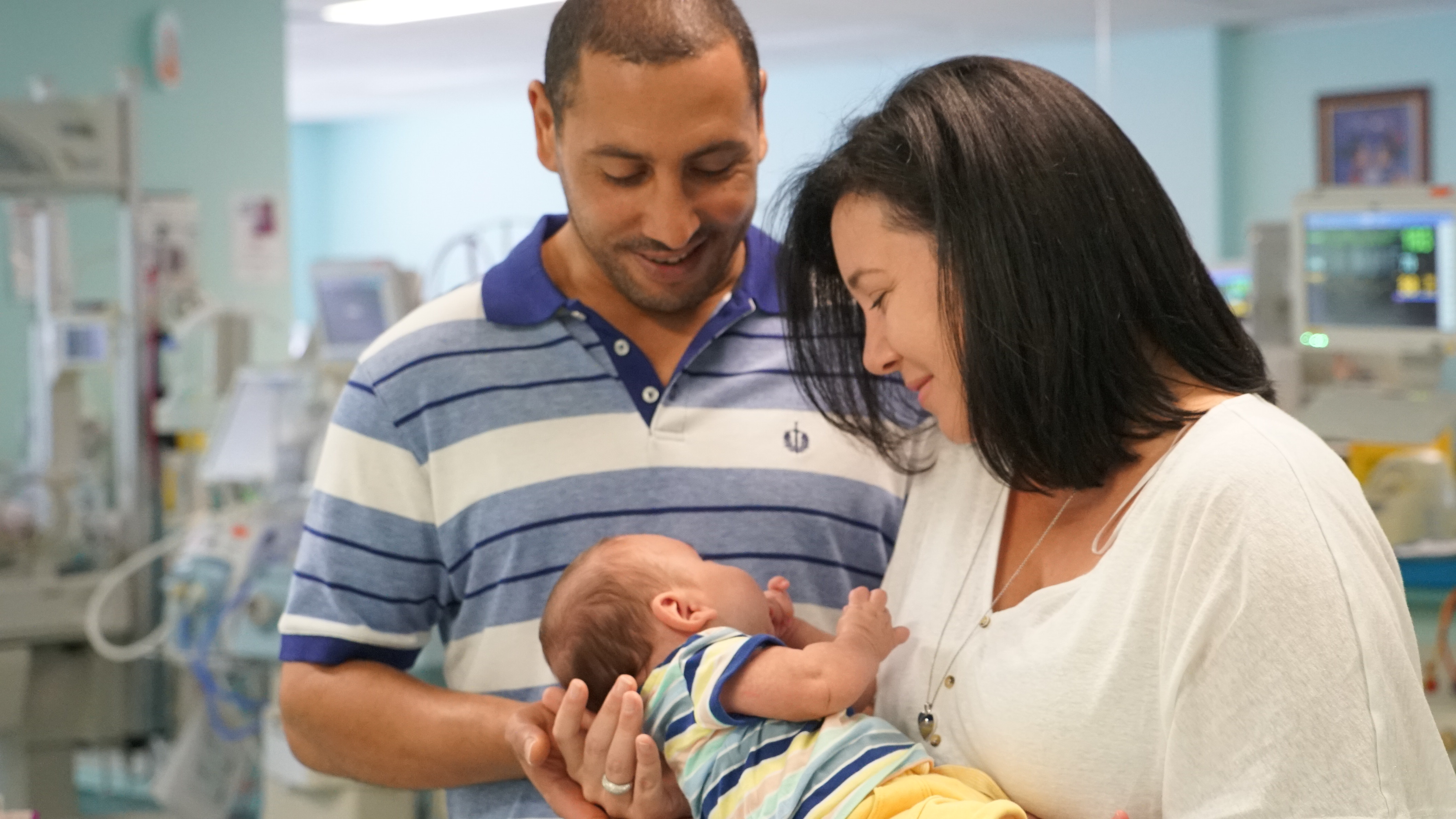 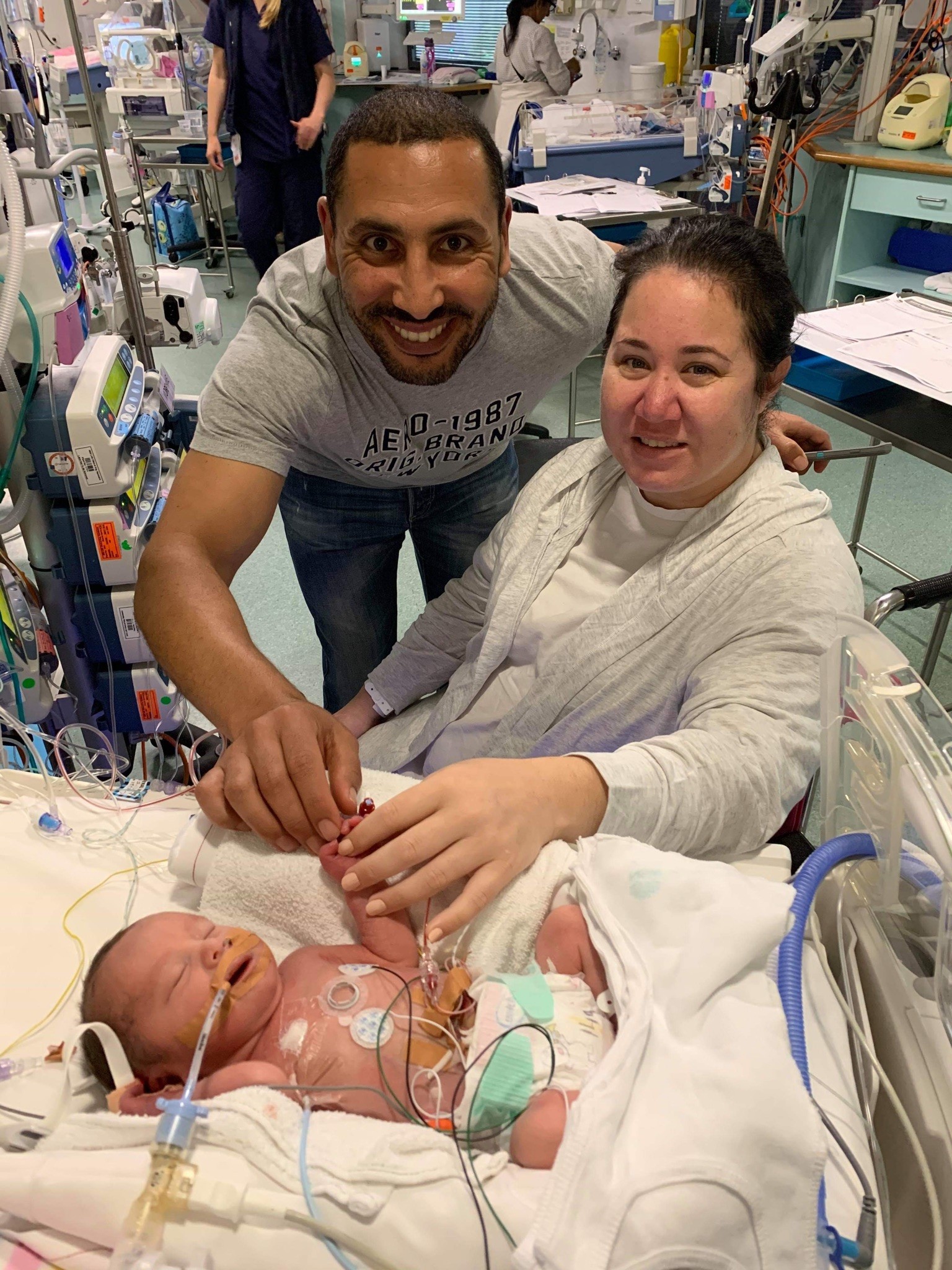 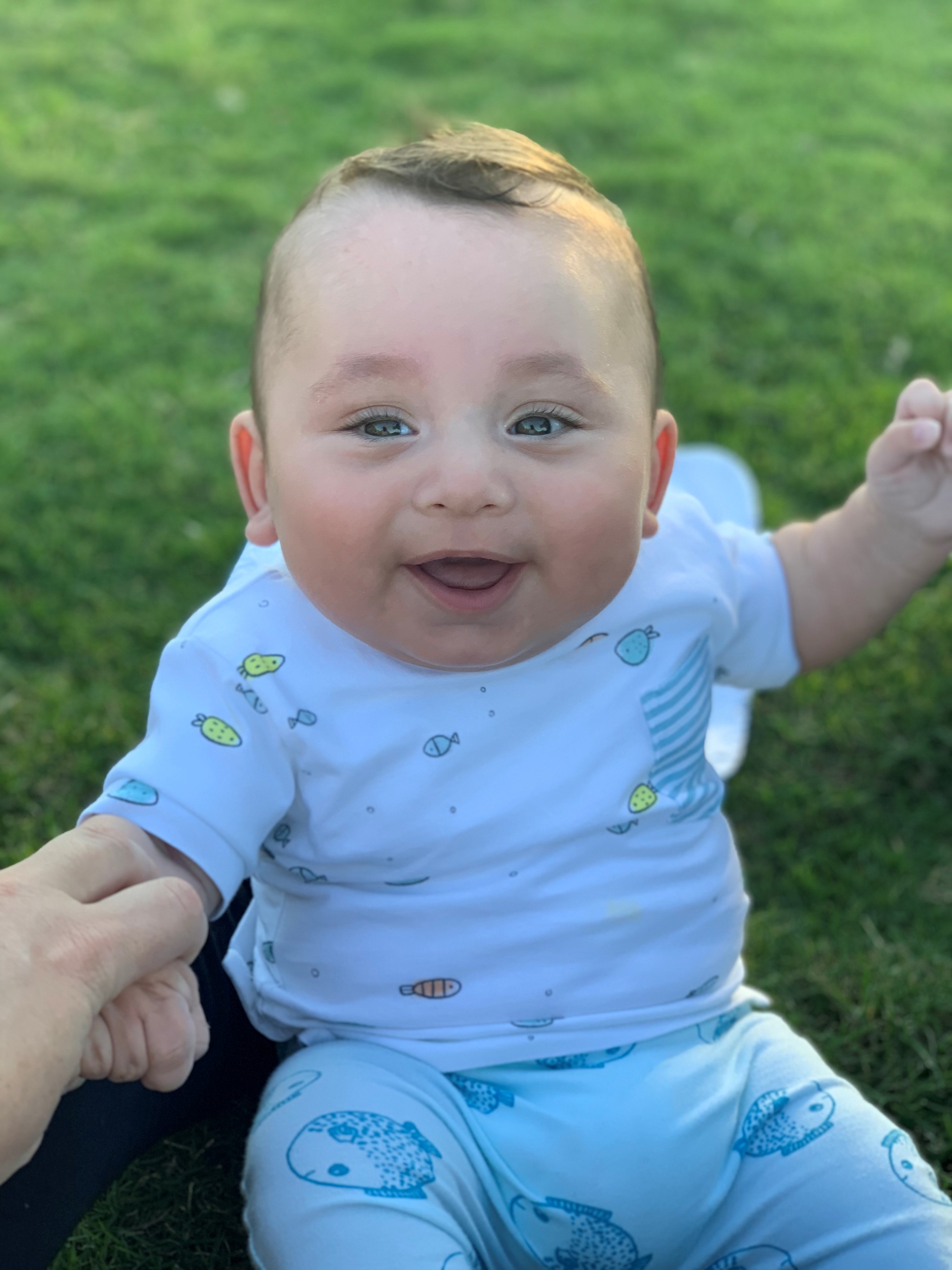 Thank you to our donors

1. Post a photo with a heart on your hand dedicated to the women at the heart of your life. Tag them and invite others to keep the #heartforher going

3. Make a donation to help provide life changing healthcare for women and newborns